We all converged on SLC for Christmas this year. It felt a little more like vacation than a typical family Christmas since I hadn’t been to my parents’ new house. Thought I’d show you the highlights via photo…

First up, the Agnew sorority, as my dad likes to call us.

Utah doesn’t have a great selection of beer (lots of LDS-imposed laws about alcohol) so my parents had my sister and brother-in-law bring a bunch of beer with them from Colorado. My other sister’s boyfriend bubblewrapped two 6 packs of GLBC Christmas Ale and packed them in his suitcase. Hilarious. These are some of the CO beers we had (along with Breckenridge Christmas Ale). Odell is out of Fort Collins, and I really enjoyed the Isolation Ale. Caramel-y and delicious. Wasn’t a huge fan of the Snow Day from New Belgium. People in the Midwest seem to go crazy for Fat Tire, also from New Belgium, but I haven’t quite caught on to the hype.

I finally got to make Meg’s Potatoes the correct way! 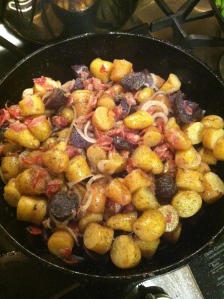 We went on a few hikes and saw 3 moose while driving down the mountain after one of the hikes!

And of course, Little Beers. If you’ve never had a Little Beer, it’s a shot of Licor 43 with a “head” of heavy whipping cream. Licor 43 is a liqueur, so it’s actually a very tasty shot. 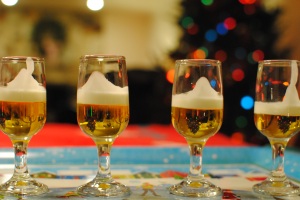